Curiosities
Ağustos 26, 2021Ağustos 26, 2021 yönetim 0 yorum chaldeans meaning in the bible, what was Jesus Language, Who are the Chaldeans? Region Meaning and History

Who are the Chaldeans – Region Meaning and History

Today, the Chaldeans, speak the language of Jesus… Chaldeans? Region Meaning and History.

It is a tribe that came to Southern Mesopotamia at the end of the II millennium BC and formed the ruling class of the New Babylonian Empire over time. The earliest reference to the Chaldeans is the Assyrian kingdom inscriptions of the 9th century BC. The region stretching along the Euphrates and Tigris rivers from the Persian Gulf to the southern cities of Babylon is called Kaldu, the inhabitants there as Kaldai.

Assyrians, Chaldeans and Assyrians, who have different names according to the regions they are in, are tribes from the same root. In fact, those of the same tribe who adopt the monophysite belief are called Syriac, those who accept the views of Nestorius are called Nestorian or Assyrian, while those who are Catholic and adhere to Rome are called Chaldeans.

The Chaldean is which expresses the Nestorians who adopted Catholicism and joined Rome. The Papacy gave the name Chaldean to the Nestorian Christians living in the territory of the Sassanid Empire, who adopted Catholicism and joined Rome. Those who are not connected to Rome are called Nestorians or Assyrians. The tribes of Urmiye and Hakkari (Turkey) region, mostly members of the Eastern Assyrian church, call themselves Assyrian, those living in Ninevah and its surroundings as Chaldeans, and those living in Northern Mesopotamia, Southeast Anatolia and Syria as Syriac. This word, which is mentioned as Kaldu, Kaldu and Kaldaya in Akkadian sources, is Kasdu in Babylonian language and Kasdim in Old Testament.

The Aramaic forms of the word are Kasdai and Kasdaya. This tribe, known as Chaldeans or Chaldeans in Turkish, is referred to as Keldaniyyun in Arabic sources In the Old Testament, the words Chaldean and Chaldean were used synonymously with Babylonians and Babylonians, and also in the Aramaic sense. In the book of Daniel, this word is sometimes used by the Babylonians and sometimes, like the Greek Chaldaioi, meaning “the magi and the magician”

In Babylon, the word Chaldean meant the priest of Bel-Marduk, since the Chaldeans had undertaken the religious duties in the center This word was used by Greek and Roman writers to refer to astrologers and oracles after Alexander’s death.

The Chaldeans were very advanced in astrology and celestial research compared to other tribes. The Greeks and Latins called the Chaldeans the priests, scribes and priests.

They built multi-storied towers to make astronomical observations and made predictions about the future by studying the sky and atmosphere. The Chaldeans had a special place among the Eastern magicians and astrologers. The Chaldeans, who are the heirs of Sumer-Akkadian science, spread some formulas and practices that go back to the origin of Mesopotamian religions to the whole World.

Who are the Chaldeans Region, Meaning and History… Traslated bye Orhan Harisoğlu 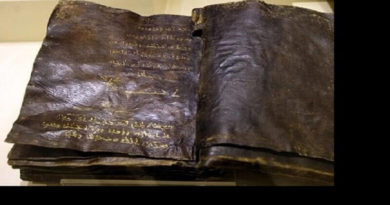 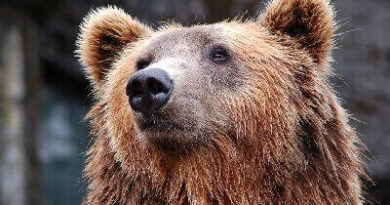