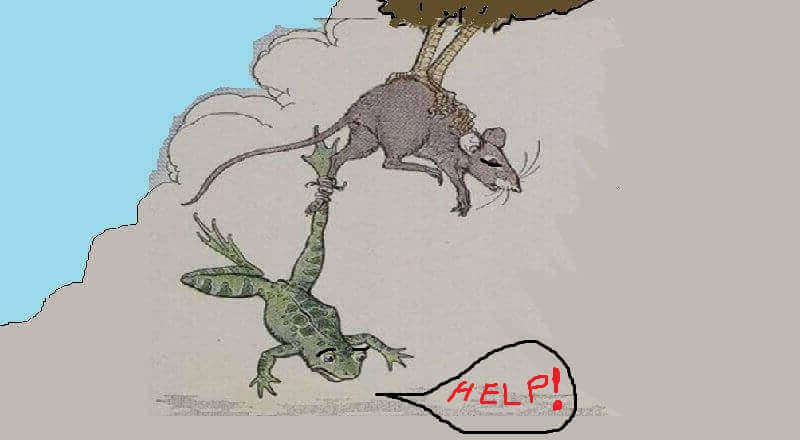 Once upon a time, a frog and a mouse lived in a forest far away from here. One day the frog and the mouse met and became friends. But there was a problem. Because the frog loves to make bad jokes.

On a hot summer day, the frog said to the mouse:

“My friend, in this beautiful weather, let’s take a walk.” The Mouse accepted his friend’s offer and they started wandering around the forest. Then a river came before them.

“But I don’t know how to swim. Besides, I am very afraid of water ”.

“Do not worry. Nothing will happen to you in this water when I’m with you.” So he convinced the mouse. Then, “You, get on me, tie your tail to my feet. So I can easily pass you to the other side, ”he said.

And the end of the poor mouse…

Then the mouse got on the frog’s back and tied its tail to the mouse’s foot. Then the frog started swimming to cross the river. When they got right in the middle of the water, the wicked  frog began to dive towards the bottom of the water. The poor mouse was also drowned as soon as he got under the water.

But since its tail is tied to the frog’s foot, it was still on its back. While the frog surfaced with the dead mouse on its back, the eagle looking for prey in the air saw the mouse and took the mouse to the mountain as it grabbed it. Because the frog is also attached to the mouse, he could not escape being eaten by an eagle on the mountain top.

Thus, the frog, who did harm to his friend, suffered the punishment for his evil. As our ancestors said: “He who does evil finds evil.” 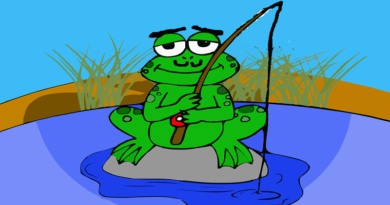 The Frog and Scorpion Fairy Tale 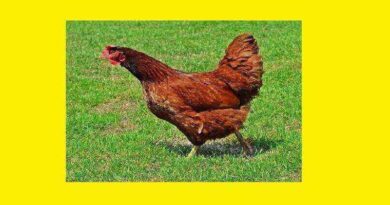