Many years ago, when earth gave birth to the human race, darkness and cold reigned. Arev and Krag were children then. They were just learning to walk. They lived with a tribe in one of the caves on Mount Ararat.

The adults of the tribe hunted for a living, and on more than one occasion they became victims of wild beasts. The wild beasts had sharp eyes that were capable of seeing man in the darkness. Only the strong could catch wild game, and the strong ate almost all the game themselves. For that reason, the golden-haired maiden Arev and the curly-haired youth Krag rarely were treated to juicy meat. Their childhood passed in dreams of food.

One day an unimaginable din filled the cave. Someone proposed that from then on the members of the tribe hunt together. The strong hunters didn’t like the suggestion. Nevertheless, after long, violent quarrels, the people chose a leader whose word was to be law.

From then on, the leader ate first so that his strength wouldn’t weaken. The strong hunters ate after the leader so that they would always be strong. The women and children ate last. The leader saw to it that the hunters always brought their game to the cave. Anyone who broke the law was driven away and soon be came the prisoner of neighboring tribes or fell victim to wild beasts. Even though life in the darkness and cold was difficult, the tribe prospered and grew. When the maiden Arev and the young man Krag finally had the ability to lift stones that were as heavy as those that the adults lifted, they were allowed to hunt.

One day Arev and Krag went to the forest. The wind, blowing in their direction, whispered that a tiger was near.

-‘We won’t be able to run from the tiger. Let’s climb this tree.’

Krag and Areg climbed onto the branches with the agility of monkeys. Fresh human tracks led the beast to the tree. The tiger lifted his mustached snout and began roaring. Arev shuddered. She fell onto Krag’s shoulder. Krag lay in wait, clutching a stone firmly.

Suddenly, the burning gaze of the predator lit up its face. Krag jumped down. With a blow of the stone he killed the tiger.

Krag let out a cry of victory. He glanced proudly at Arev.

Amazed to see that Arev was glowing and surrounded by shimmering light, Krag fell onto the tiger’s dead body. Krag was frightened, but he couldn’t take his eyes off the maiden.

-‘I don’t know. The tiger’s intense, hot glance has burned your face. It is enveloped in a hot flame. Your bravery has made your face handsome, and it has pierced my breast and is burning my heart.

My soul is glowing.’

Hot tears of love, happiness, and pain, the first tears shed on earth, flowed from her eyes. Suddenly, Arev’s tears turned to bright stars and ascended into the black sky. One of Arev’s tears fell onto Krag’s chest. He felt a burning pain in his chest, but some how the pain felt sweet.

Krag kept looking at Arev. Then Arev remembered their situation and said:

Krag hoisted the tiger’s body onto his shoulders with difficulty. But it required even greater effort to take his eyes off Arev. The maiden walked ahead, illuminating the forest path with the glow of passion.

The forest was lit with her radiance. They entered the cave and illuminated the dark, cold corners with their warm light. Krag took long in assuring the in habitants of the cave that he and Arev were not evil forest or mountain spirits. People gathered around Arev and Krag distrustfully.

They glanced warily at the shining maiden and at the young man with the fiery face. Horror hardened their timid hearts. In the cave, darkness gave way to light, cold to warmth. People began to glance around their abode. For the first time they noticed that they were all very different. They were struck by the beauty of some and the ugliness of others. The leader noticed that there were quite a few beautiful maidens in the cave. Then his gaze was arrested by the young, strong hunters. His old heart blackened with envy. A spiteful shudder ran across his face. Light began oppressing the leader worse than had the darkness. The same burden lay on the shoulders of the old women who had few teeth and much gray hair. They were afraid that now they wouldn’t be needed by any one because of their looks.

They rushed to the leader and said:

-‘Listen to us unworthy ones. Give the order for Arev and Krag to be killed. Let the darkness return. The less people see, the happpier they will be.’ ‘Kill them! Kill them!’ The cave shook with the sound of their voices. The leader raised his hand. In an instant, it grew quiet. Power had made the leader lonely and cruel. Even so, because he was the leader, he had to think deeper, see further, and be harder than the others.

-‘In the dark it’s more difficult for us to search for edible roots, to fish, and to hunt. But we can’t let Arev and Krag stay together. Together they give out too much light.’

Thus spoke the severe leader. The people did as he advised. They threw Arev into the sky, where she became the Sun. They bound Krag and passed him from cave to cave to ignite the cave fires with his burning face.

Every morning the Sun Maiden Arev rises and searches for the Fire Spirit Krag until evening. Thousands of years have passed, but the Sun Maiden Arev has not lost hope of finding her beloved. To this day her heart burns with passion and her soul shines with love.

Source: From Bonnie C. Marshall’s The Flower of Paradise and Other Armenian Tales 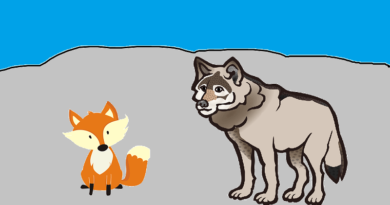 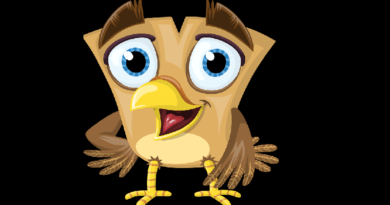 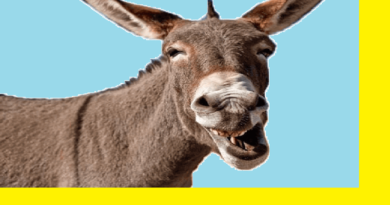